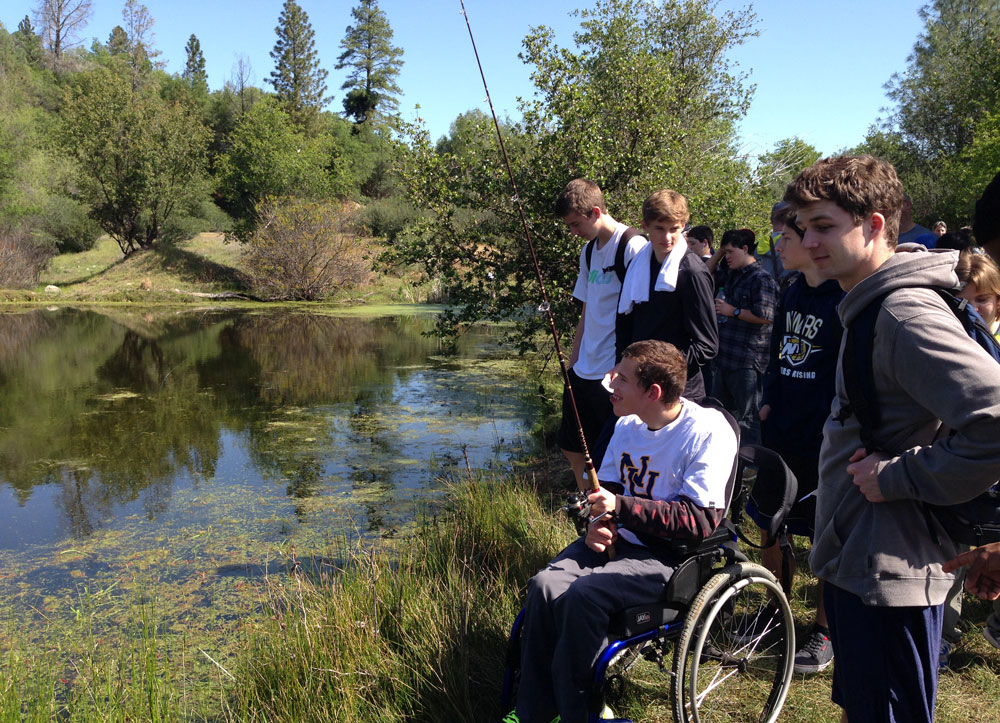 Out of 45 Rotary clubs, Rotary 49er Breakfast Club of Nevada City won recognition for the “Project of The Year for Youth Service” on May 16 during the District 5190 Conference in South Lake Tahoe. The recognition for the Black Swan outing was one of several awards and outstanding accomplishments won by the group during the event.

“There were many deserving projects to consider. This is an especially high honor considering that the Rotary motto is, ‘Service Above Self,’” said 49er Rotary Club President Andrew Twidwell.

It was the second year for the joint “Special Needs Kids” outing to Black Swan Preserve organized by BYLT and Rotary 49er Breakfast Club of Nevada City. About 75 people (including parents, teachers and Rotarians) attended the outing for a day of fishing, bug and invasive bullfrog hunting and Western Pond turtle sighting at Black Swan Pond.

“I’m so pleased that this event was chosen. It’s my favorite and most inspiring event of the year,” said BYLT’s Development and Programs Manager Melony Vance.

49er Rotary is one of five Rotary clubs in western Nevada County with diverse membership of more than 90 individuals. It is one of the most active clubs in Rotary District 5190, which spans roughly 80,000 square miles and encompasses the California Mother Lode, Northeastern California and the vast area of Northern Nevada.