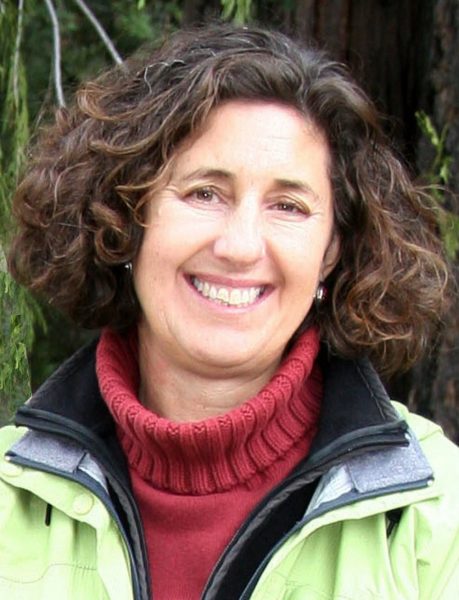 Katie grew up hiking, fishing and skiing with her Dad in Colorado who taught her that one does their best thinking in nature. A licensed architect, now practicing as a development consultant, Katie runs her own consulting firm, CoHousing Solutions in Nevada City, consulting on environmentally and socially sustainable development all over the country. Katie has a BA in Architecture from UC Berkeley. She, along with her husband Chuck Durrett, introduced cohousing, a model for collaborative neighborhoods, to North America. Katie moved to Nevada City in 2004, after decades of driving through on her family’s way to Goodyears Bar and the North Fork of the Yuba where they spent summer vacations. She loves living so close to fabulous hiking and rivers. 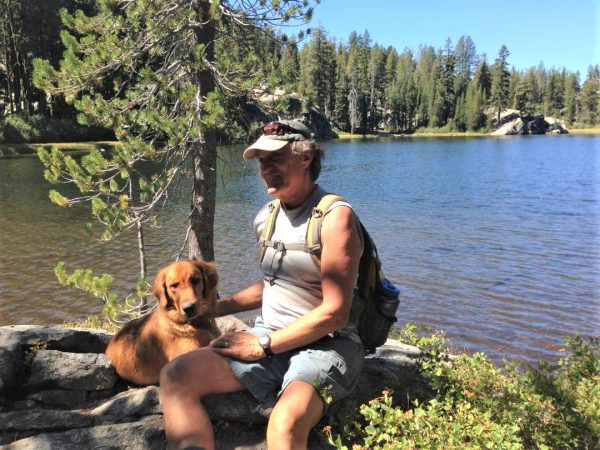 Mike is an avid outdoorsman who spends many days each year hiking with his friends and dogs, fly fishing, and bird hunting.  He has lived in Grass Valley with his wife Suzanne since they moved there with their two sons Chris and Darren in 1986.

Mike graduated from CSU Fresno with an M.S. in Biology in 1976.  His focus areas were wildlife biology and plant ecology.  Mike worked for the US Forest Service for 33 years, where he managed wildlife and fish programs on one ranger district and two national forests in the Sierra Nevada from 1979 to 1991.  He served as a Forest Service liaison to the State of California in Sacramento from 1991 – 2012.  Since his retirement, Mike volunteers with several local and regional groups to advance natural resource conservation and recreation. 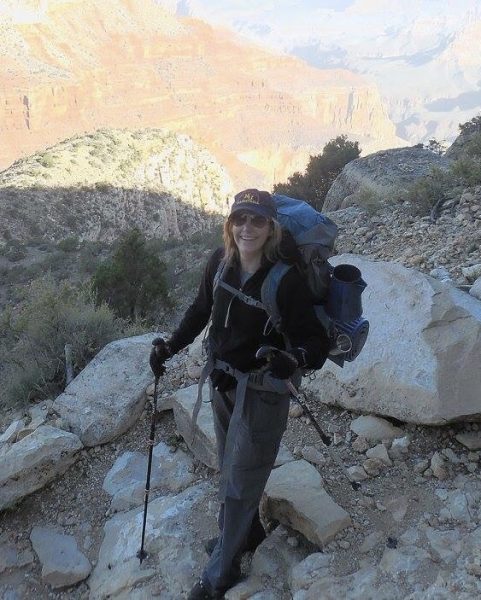 Debbie grew up on the northern plains of Montana, east of Glacier Park. Her family enjoyed snowmobiling, camping and fishing. She graduated from Montana State University (Bozeman) with a degree in accounting. This is also where she met her husband, Dallas. With one quarter of college remaining, she sat for the Certified Public Accountant (CPA) exam and then spent her summer in Sacramento as an intern at a CPA firm while living with her grandparents in Weimar. She fell in love with the foothills of northern California and was thrilled when the CPA firm offered her a position after she finished her last quarter. Debbie and Dallas live outside Grass Valley and she is a tax manager at McSweeney and Associates. Their two children graduated from NU and live in Colorado Springs and Denver. Debbie and Dallas enjoy the outdoors whenever they can camping, backpacking or just spending the day exploring the many trails of northern California. 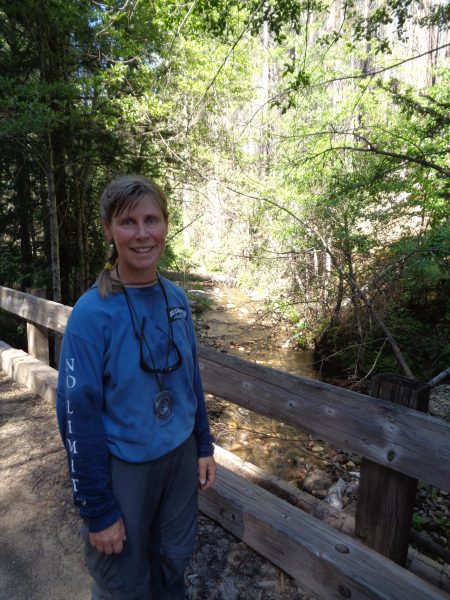 Christy Sherr is an avid hiker, equestrian and swimmer who enjoys learning and sharing about our native flora and fauna, especially chaparral. She holds a BA in Wildlife Biology from Cal Poly, San Luis Obispo, and has worked most recently as Outreach Coordinator for the Earth Island Institute’s John Muir Project, traveling statewide inspiring others about the importance of protecting snags and post-fire forests from salvage logging to protect habitat dependent wildlife species and protect watersheds. Her favorite aspect of the work was having their young teenage daughter don a woodpecker costume and accompany her for many presentations and meetings.

She served as a California State Park Ranger along with her husband Greg in diverse parks like Point Mugu and Leo Carrillo State Beaches, and Malibu Creek SP (site of the famous “Mash” TV set). She worked at and helped prepare for Big Basin SP’s 100th birthday Centennial celebration (it was California’s first state park…), and most recently she and Greg shared a ranger position here in Nevada County at Malakoff Diggins SHP for twelve years. She also shared her love of California biodiversity as a National Park Ranger in Sequoia and King’s Canyon National Parks. During her Park Ranger career she became very adept at relocating rattlesnakes! 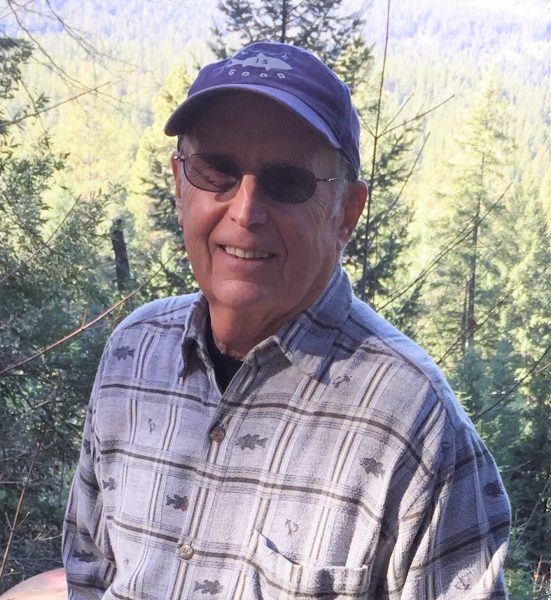 After receiving his B.S. in Biology from UC Davis, Tim worked for the Federal Government as a Research Fisheries Biologist before returning to school earning an M.S. at Moss Landing Marine Lab. Moving with his wife Janie to Nevada County in 1972, they worked in the local school districts and raised their two sons Cam and Josh. They walk almost daily on one of the BYLT trails. Tim has served on the Boards and is active with the Gold Country Fly Fishers and Nevada County Habitat for Humanity.  He enjoys spending time with family, reading, and learning to play the guitar.  Tim identifies strongly with the BYLT mission and commitment to build trails and conserve the lands where he likes to hike, explore, paddle, fly-fish, camp, and roast the perfect marshmallow. 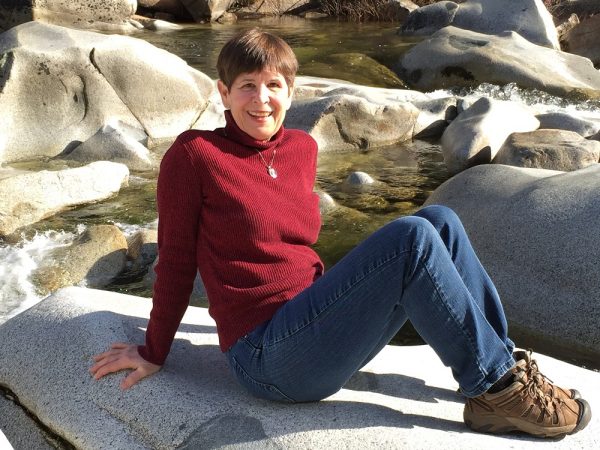 Robin Milam is a social entrepreneur whose passion is re-aligning human consciousness and restoring natural balance. Her broad business and internet marketing experience spans IBM, American Express, AirTouch Communications and her network of small business clients. She holds an MBA from Arizona State University and a BA from the University of Arkansas.

Working in Yellowstone National Park and leading journeys into the Amazon of Ecuador with The Pachamama Alliance ignited her passion. A global earth rights advocate, Robin has organized events around the world for the Global Alliance for the Rights of Nature including the launch of the International Rights of Nature Tribunal. A 20+ year Nevada County resident, Robin serves our community through Rotary and other organizations.  As a long time volunteer and now BYLT Board Member, Robin is committed to conserving open spaces and protecting the Bear and Yuba watersheds for generations to come. 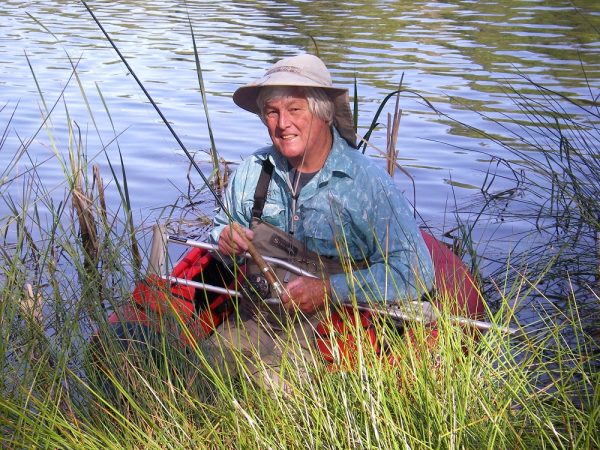 Trent’s educational background includes Field Zoology at University of California at Santa Barbara and a D.D.S. from University of California San Francisco Medical Center. Early in life he worked summers on an uncle’s West Texas ranch where he became endeared to the preservation of rural lands, and later as a timber cruiser on California’s Lost Coast. Returning home from Air Force service in South East Asia during the Vietnam War, he started a dental practice and soon used his zoology background in fisheries conservation. He was the Biological Consultant and Project Manager for the Little Truckee River Trout Restoration Task Force and a founder of California Fisheries Restoration Task Force. He wrote the protective regulations for the Truckee River system 12 years ago when he and his wife Karen moved from the Bay Area to rural Grass Valley. He is an avid fly fisherman and writes for California Fly Fisher on the biology of stillwater fly fishing, outdoor cooking and restaurant reviews. His science background, early experiences on the ranch, time spent in California’s timber country and a lifetime of chasing diversions in the outdoors made him a perfect fit for Bear Yuba Land Trust and its mission. 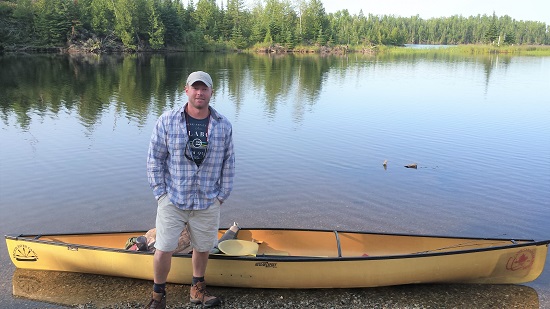 Robert fell in love with the outdoors at a young age through the Scouting program. After attending college at the University of Colorado in Boulder, he served in the United States Marine Corps as a Ground Intelligence Officer with tours in Iraq and Afghanistan. Robert settled in the Grass Valley area where he is a financial advisor. He enjoys fishing, hunting, skiing, and hiking. 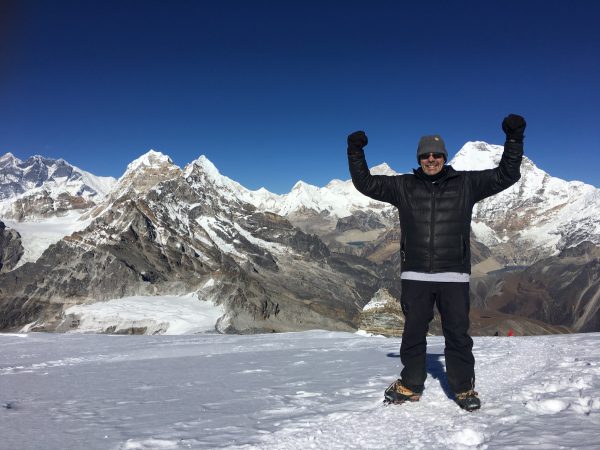 Growing up in Boulder, Colorado, Tom gained an early appreciation for nature. In his youth, Tom and his friends explored the mountain parks, and became familiar even the most remote areas surrounding Boulder’s famed Flatirons.

During his career with Holdrege & Kull Consulting Engineers and Geologist, which he co-founded with his partner Chuck Kull, Tom completed over 1,000 environmental, hazardous materials, solid waste, geotechnical, and geologic site characterizations in California from 1986 to 2017. His experience in environmental site characterization ranges from initial site assessment to complex fracture flow modeling and soil and groundwater remediation.

Tom and his wife, Peggy, are very active in adventure travel. Having traveled to 6 of the 7 continents, their goal is to ski on all 7 continents, with only Africa and Australia remaining. In addition, they are high altitude mountaineers, having been over 18,500 feet on 5 continents and have reached the high point on two continents (Africa and Europe) and the third highest point in North America. In preparation for these worldwide adventures, Tom and Peggy have become intimately familiar with the mountains of the Sierra Nevada, particularly in the Tahoe Sierra and Nevada County. 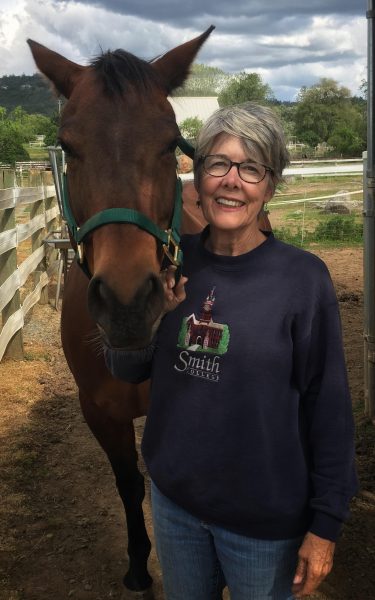 Cathy Roberts is a retired judge who moved here in 2017 from Utah to take advantage of Nevada County’s cross-country skiing, horseback riding and hiking opportunities. She and her husband keep bees, grow tomatoes, and enjoy the view of Nevada City from their home on Banner Mountain. 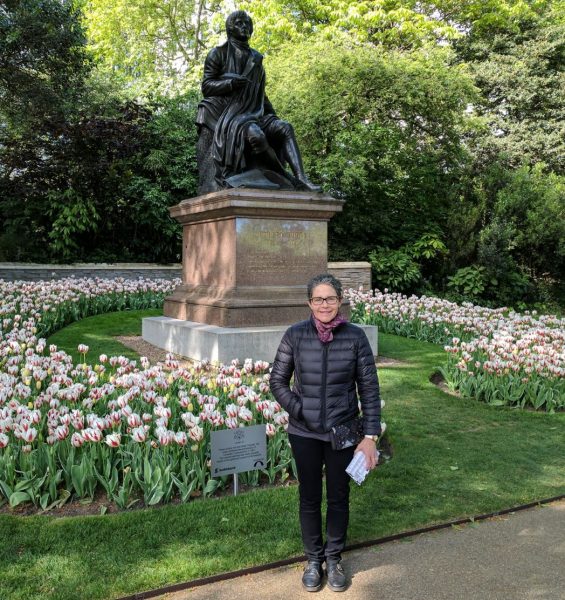 Before moving to Nevada City, Jodi Starbird was involved with the Guadalupe River Park Conservancy (GRPC) in San Jose, California for 14 years, serving as President and on the Master Plan, Governance, Finance, and Development Committees. She also served on the Rotary Steering Committee for the development of an all-access Children’s PlayGarden in the Guadalupe Gardens where children of all physical abilities can play side-by-side.

A graduate of UC Davis, Jodi has been working in the environmental field for over 35 years with expertise in land use planning. She has assisted public agencies in the Bay area in the planning and entitlement process for parks, trails, and residential, commercial, and industrial development.

Jodi is an avid hiker. She is married to Sterling (Drew) Starbird, a Business School Professor at Santa Clara University. They have three sons and a German shepherd named Stella. 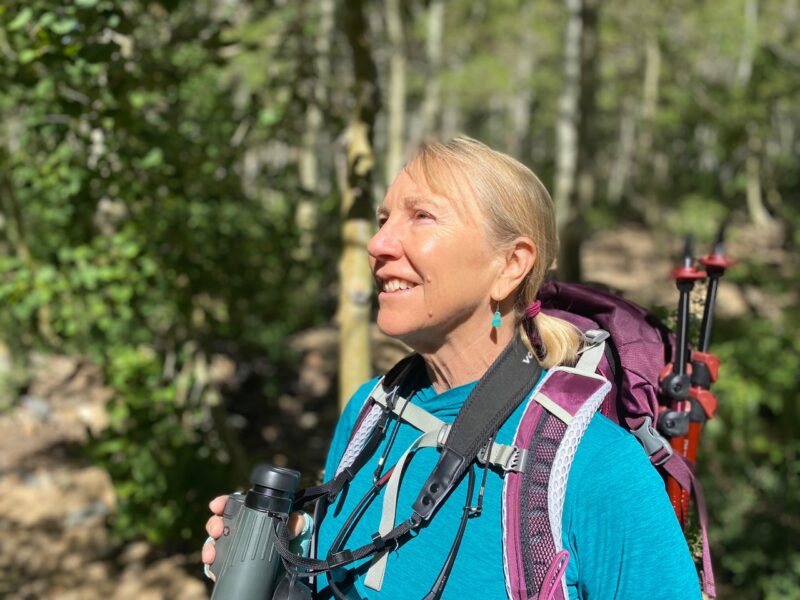 As a fourth generation Californian and a 42 year resident of Nevada County, Jo feels a profound connection and responsibility to our beautiful region. She first came to Nevada City after finishing a degree in Landscape Architecture at UC Davis and has worked as a self-employed landscape architect since then. Until recently, she also owned and operated Riverhill Farm with her husband, Alan Haight. Riverhill was a labor of love, driven by their desire to create an organic farm that would feed the community and enhance the natural environment.