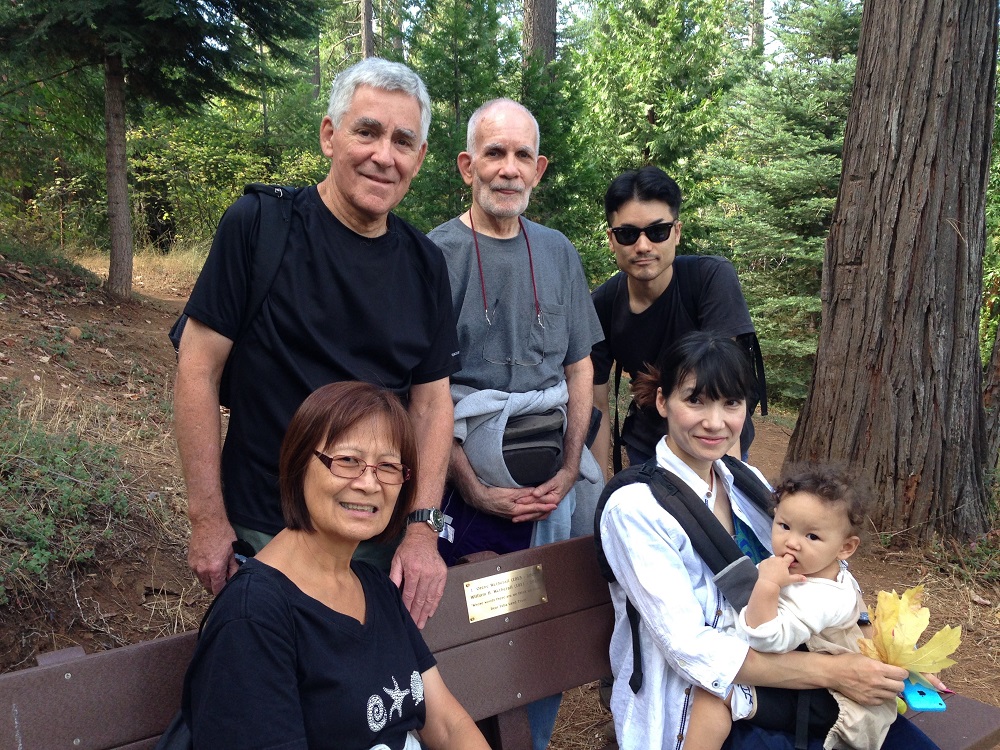 Though the Wetherall family is now scattered far and wide, some of them recently made their way back to Nevada City to celebrate their parents, Bill and Orene Wetherall, with a memorial bench ceremony on October 16th on the Orene Wetherall Loop Trail off of the Cascade Canal ditch trail. Orene Wetherall passed away in 2003, followed by her husband Bill in 2013.

Bill Wetherall had established an endowment in his wife’s name for the creation and maintenance of trails in our community. In 2009 the mile-long 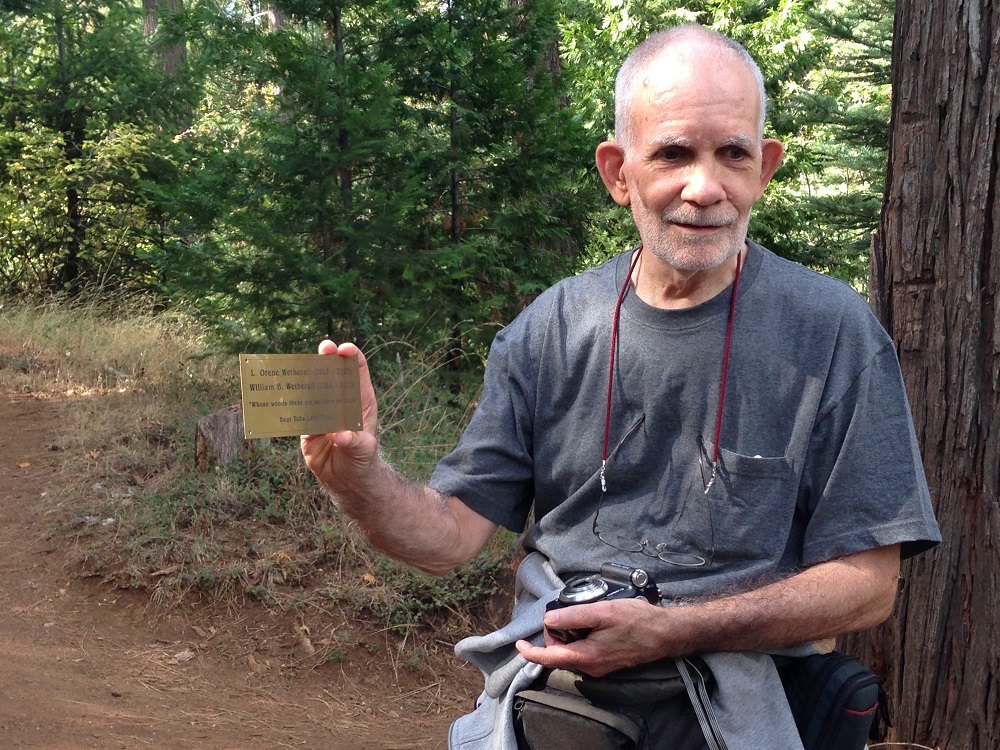 Orene Wetherall Loop Trail was opened to the public and last fall the memorial bench was installed overlooking a dogwood-filled ravine. The newly installed memorial plaque reads “Whose woods these are we think we know” which his son William Wetherall explained was inspired by Robert Frost, and will hopefully cause contemplation by those who sit on the bench.

Situated next to the bench is a sign describing the flora and fauna of the 28-acre Woodpecker Preserve.