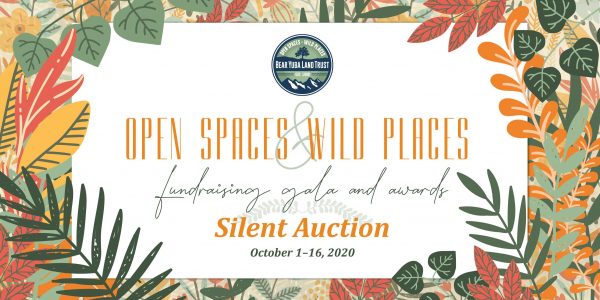 Take a sneak peek! We are getting ready for our Annual Open Spaces and Wild Places Virtual Gala & Conservation Awards– RSVP for FRIDAY, October 16th from 6-7:30PM. This year, due to social distancing guidelines and in order to safeguard public health, this FREE event will take place over two weeks kicking off on October 1st with an online silent auction & Fund-A-Need for the Independence Trail. The event will end with our Live Conservation Awards Presentation and Virtual Gala on Friday, October 16th. The live event will include award presentations, live music, and so much more!

RSVP TO THE GALA! 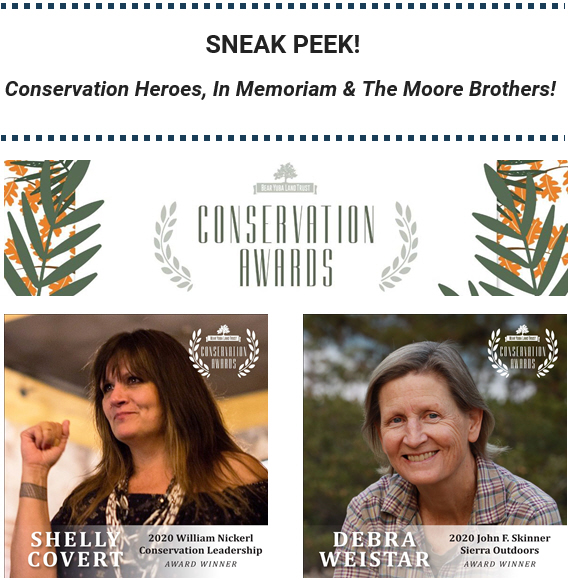 Bear Yuba Land Trust (BYLT) is proud to announce Shelly Covert and Debra Weistar as the recipients of the 2020 BYLT Conservation Awards. Covert is recognized with the William Nickerl Award for Conservation Leadership for her tireless commitment to conservation and dedication to enriching the community’s connection to the ancestral homelands of the Nisenan Tribe. Weistar is recognized with the John F. Skinner Sierra Outdoors Recreation Award for her lifelong commitment to educating and mentoring youth through nature programming and documentary filmmaking. 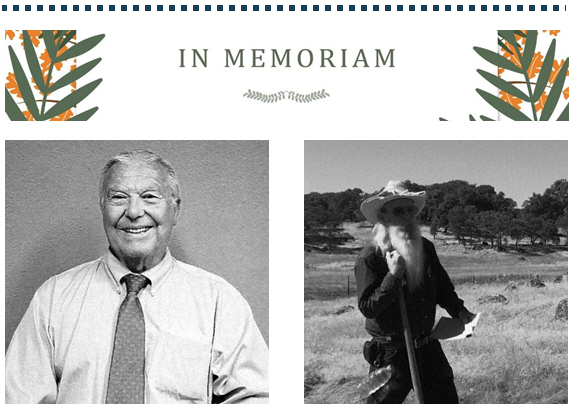 During the Gala, we’ll pay tribute to Jack Meeks, Jim Phelan, Warren Wittich and Neil Robinson- four men that have contributed enormously to conservation and sustainable recreation efforts within the Bear and Yuba River watersheds. 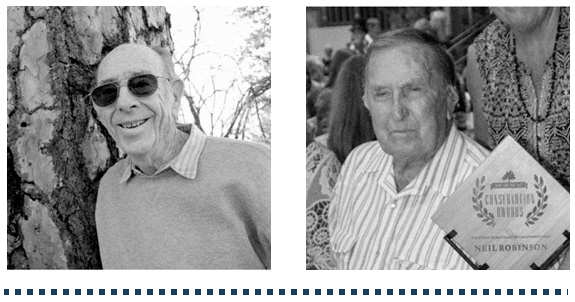 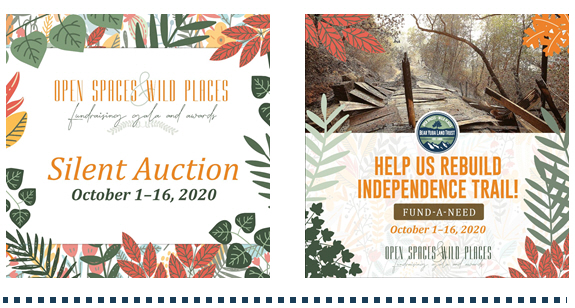 Musical Performance by The Moore Brothers!

Unlike many bands claiming to be brothers, Greg and Thom Moore actually are siblings, growing up together in Altadena, CA. And although they had both been playing in various projects for years, it wasn’t until 2001 that the two finally established the Moore Brothers. Beginning in the late ’80s, Thom Moore formed several bands, including Colorful Calliope with R&B singer Jon B. Greg released a solo record before joining Thom for the folk-punk band Thumb of the Maid. After its other members departed, Thom and Greg formed Moore Brothers and released their debut, Colossal Small, on Amazing Grease (founded by Pavement’s Scott Kannberg).

After moving to the Sierra Foothills, brother Thom befriended John Olmsted and the two would spend time sharing stories and an appreciation for the natural wonders of the area. The duo pays tribute to John and the Independence Trail during this year’s Gala, including a never-before-heard song about Olmsted himself entitled “California Sister.” Have a listen to their latest album, “Autobiography,” out now! 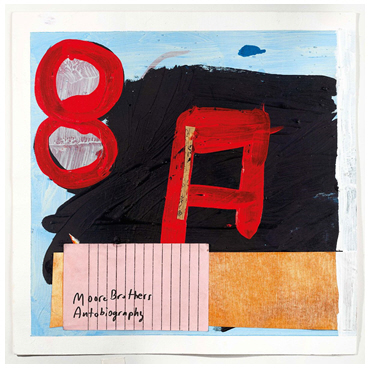 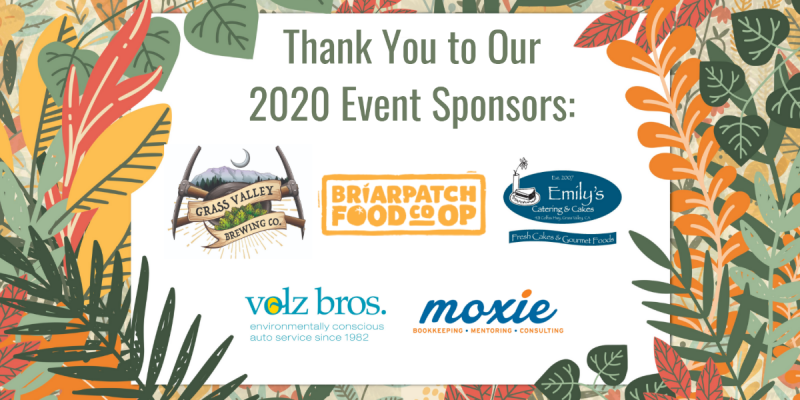