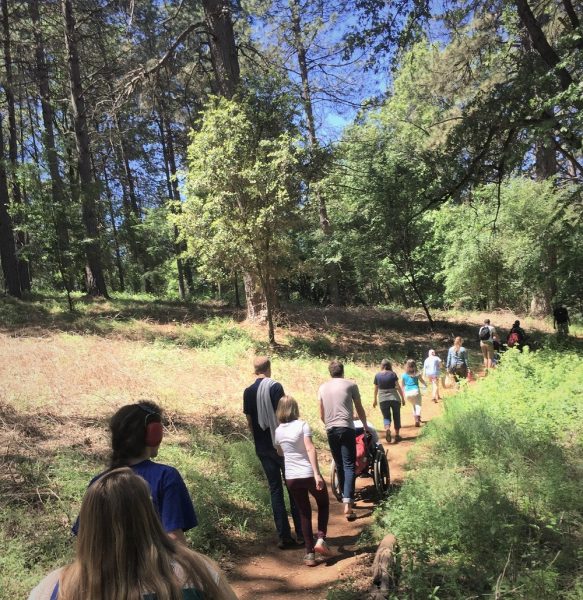 The Preserve is a mixed conifer and hardwood forest with annual grasslands.The Alan Thiesen loop trail is approximately 1.2 miles and offers wonderful opportunities to view the diversity of the land. Restoration work is ongoing to remove invasive weeds like Himalayan blackberry and Scotch broom and to thin the forest for fire safety and overall health. The conservation values of Adam Ryan Preserve include annual grasslands and mixed conifer and hardwood forest.

Cool Facts: Originally zoned for two condominiums per acre as well as commercial development in a rapidly developing area, the Preserve is now permanently protected from development and provides a low-impact trail, natural habitat for area wildlife and a beautiful vista for everyone to enjoy – forever.

History: Adam Ryan Preserve began as a Conservation Easement for the land trust in 1999. The Alan Thiesen Trail was constructed and open to the public. In 2011 Alta Brewer and her husband Alan Thiesen donated the Preserve to the Land Trust, named in honor of their son.

What to do there: The easy 1.2 mile loop known as the Alan Thiesen Trail provides public access for a healthy walk in the woods and nature observations. Other recreational activities include bird watching and dog walking. NO HUNTING.

Future: Check out the native pollinator plot developed with the help of Eagle Scouts. Audubon Society has installed bluebird boxes throughout the Preserve and monitors the area frequently. Ongoing restoration of the forest will include prescribed burns and native plantings.

How to get there: The main parking area for the Alan Thiesen Trail, is located at the intersection of Dog Bar Road and Alta Sierra Drive. From Highway 49 in Grass Valley, take the McKnight Way exit. From East McKnight Way go 2 miles south on La Barr Meadows Road, stay left on Dog Bar Road and go another 1.8 miles to the intersection of Alta Sierra Drive.

Rules, regulations: Foot and bike only. Dogs on leash. No motorized vehicles. Stay on trail. 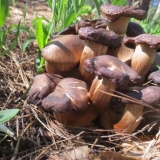 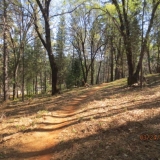 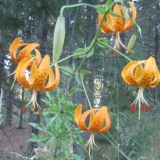