August 10, 2015 – Last week, ownership quietly changed hands for one of Nevada County’s most historic buildings, the North Star House, designed by famed architect Julia Morgan more than a century ago, reaching a major milestone in the building’s history. 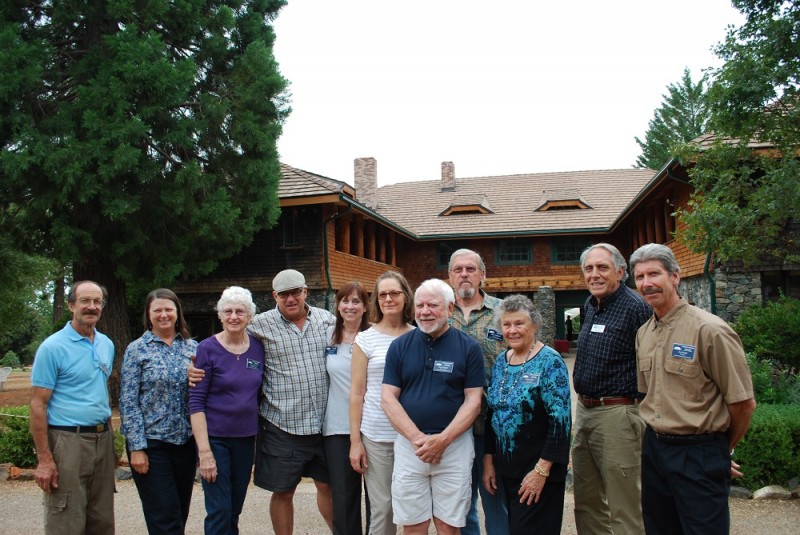 On Thursday, Aug. 6, Bear Yuba Land Trust (BYLT) transferred ownership of the 10,700 square foot mansion and the 14 acres it sits on to North Star Historic Conservancy (NSHC), finalizing the terms of a 2007 agreement between the two parties.

“The transfer of the property culminates many years of effort by our community. Having ownership furthers the community’s vision of restoring this historic gem and opening it for public use” said NSHC President Joe Heckel.Originally donated to BYLT for permanent protection in 2003, the primary goal for the property in the early days was to save the deteriorating North Star House from ruin. In 2007, the North Star Historic Conservancy, an independent non-profit organization, was created to oversee the rehabilitation and operations of the North Star House. 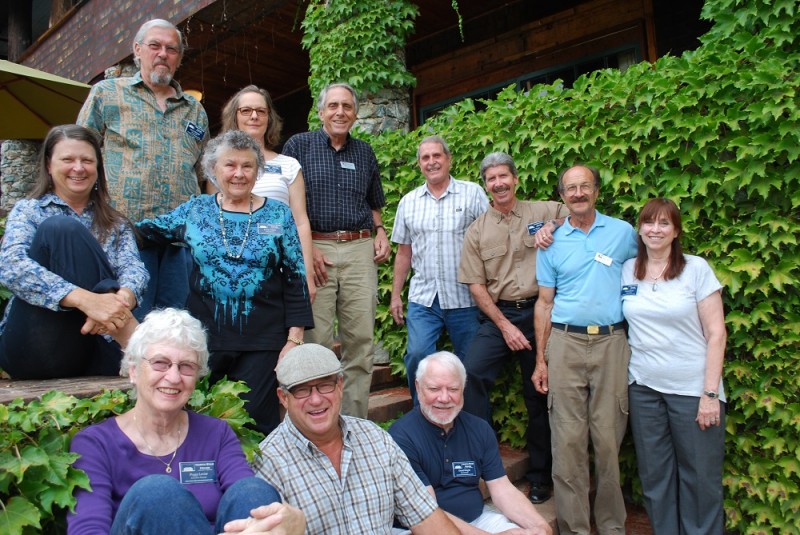 Once NSHC met certain conditions, such as demonstrating at least $1,000,000 of donated labor or materials to the property, the title could be transferred. In March 2015, NSHC provided documentation to BYLT that all conditions for transferring the title had been met.  With title now in hand, NSHC will continue to rehabilitate the historic North Star House and grounds with the goal of transforming it into a premier cultural event center.

“The progress on the house and grounds from the time I first saw it in the early 1990s is unbelievable. This national treasure was clearly brought back from the dead by the hard work of both BYLT and NSHC. Our Board is thrilled to see the dream of this transfer realized by both of our non-profit organizations,” said BYLT President Andy Cassano.

“It’s a huge milestone. Both BYLT and NSHC needed to make progress on many fronts before it could be transferred and for community use to be stepped up. That has now occurred. Going forward, the focus will be different,” said BYLT’s Executive Director Marty Coleman-Hunt.

As property owners, the all-volunteer Conservancy is now eligible to apply for grants and reach out in fundraising efforts, helping to position the up-and-coming cultural event venue for the next era, moving from a restoration project to a sustainable business.

Built in 1905, the North Star House is an early example of California vernacular Arts and Crafts design. The building is believed to be the second residential commission of Julia Morgan who later went on to design Hearst Castle, Asilomar and many of the buildings for University of California Berkeley. It was the home of Arthur deWint Foote, superintendent of the North Star Mine and his wife, noted author and artist Mary Hallock Foote.

In its heyday, the House and grounds were renowned as a showplace of elegance and style, hosting Gold Rush investors, socialites, mining engineers and other dignified guests from around the world. The North Star Mine was the second largest producer of gold in California, and was eventually consolidated with the Empire Mine.

“The North Star House is a pure example of early California Craftsman style architecture. I consider it to be one of the most important historic buildings in Nevada County because it was designed by world-renowned architect Julia Morgan early in her career,” said architect and NSHC Board Member David Wright.

In 2000, developer Sandy Sanderson gave the 14 acre parcel and aging, abandoned mansion to then Nevada County Land Trust for preservation.  The Land Trust immediately set to work on protecting and restoring the North Star House, one rainy season away from total collapse. In 2002, the Land Trust obtained a $500,000 grant from Nevada County, as part of the Dryden Wilson Bequest Fund, to stabilize the house and install a roof.

After years of volunteer labor and an infusion of donated funds and materials, the House and grounds have been significantly improved and made more accessible to the public. BYLT Board Member Bill Trabucco remembers stepping over piles of trash and debris when the Land Trust first took on the property.

“So much has been accomplished already. It’s just incredible,” he said.

A tale of community spirit and a bright future

Today, the house and grounds are used as a year round public gathering place for community events like Nevada County Certified Growers’ Market on Saturday mornings, weddings, theater productions and nonprofit fundraising events for organizations like the Firesafe Council, South Yuba River Citizens League and BYLT.

“We can satisfy quite a few needs. One of the things that is really nice is our property offers both indoors and outdoors settings which not all venues can offer,” said NSHC Executive Director Peggy Levine.

Close to town and services, in coming years, the North Star House, listed on the National Register of Historical Places will continue to grow its outreach – used for everything from family events to corporate meetings.

“We want to be a really active part of the community year round. It’s a fun, different place with history that is stimulating for people,” said Levine.

In September 2014, the NSHC received the go-ahead from Nevada County to implement a 20-year Master Plan to convert the North Star House and historic grounds into a cultural event center. With grants, donations and volunteer labor, NSHC will continue to improve the property for public use by paving the access road and parking areas, building outdoor stages, constructing a heritage garden to display legacy plantings, enhancing accessibility for disabled and possibly renovating the Hague House.

Architect Julia Morgan felt that the landscape and setting was an important component to the overall feel of the place. Biological protections are set for the property’s oak woodlands and heritage landscaping.   A number of ornamental plantings done in the early 1900’s are still in existence.

“There are a number of conservation measures for the property embodied within our Master Plan and set forth in County requirements that we’ll abide by. It is our goal to retain this unique environmental and historic setting into perpetuity,” said Heckel.

Over the years, and countless volunteer hours, the House has slowly regained some of its former glory. Volunteers painted over graffiti on walls and installed new windows. Work on the lower floor will soon be complete showcasing new doors, windows, flooring, lighting, a new “catering kitchen” and office, bathrooms with flushing toilets and a central heating system for cold winter months.

NSHC Vice-President and Chairman of the Construction Committee Larry Dulmage said he is proud of the organization’s new status as owners. For the past four years, he has worked as a volunteer, spending hours on the house’s rehabilitation.

“I think the House will continue to grow and learn how to earn its living,” he said.

At a recent Chamber Mixer, on the iconic front terrace of the house, Alex Szabo, a NSHC board member and owner of Szabo Vineyards, spoke of the business plan he wrote for the North Star House. A business owner himself, the plan is meant to serve as a guideline for a sustainable future. In five years he sees the venue becoming the premiere event cultural center in Nevada County. With a glass of wine in his hand and the sun setting at his back, he seemed content, relaxed and confident about all things to come.

“It’s been a long bloody time coming. It’s a start of our new future,” said Szabo.