Length: 7.9 miles in the system. Mileage varies with various route(s)

Rules: No motor vehicles; stay on trails; no smoking on rural trails; no camping. Never park in a way that would block emergency vehicles.

Trail Facts: The town of Nevada City is built around Deer Creek, a tributary of the Yuba River. That same creek is now the focus of a great trail network commemorating the early contributions of native Nisenan and Chinese people to the history of this place. The Deer Creek Tribute Trail System is a mix of sidewalk paths, roads and trails on either side of Deer Creek, both in and out of town. Two beautiful foot bridges cross Deer Creek in the rural area west of town: The Angkula Seo Bridge in tribute to the original Nisenan people, and the Chinese Bridge in tribute to early Chinese settlers after gold was discovered. This popular trail system offers locals and visitors a rich variety of walks, runs and rides, all steeped in history and natural beauty. It’s handy to think of the Deer Creek Tribute Trail System in sections, running from east to west along Deer Creek. 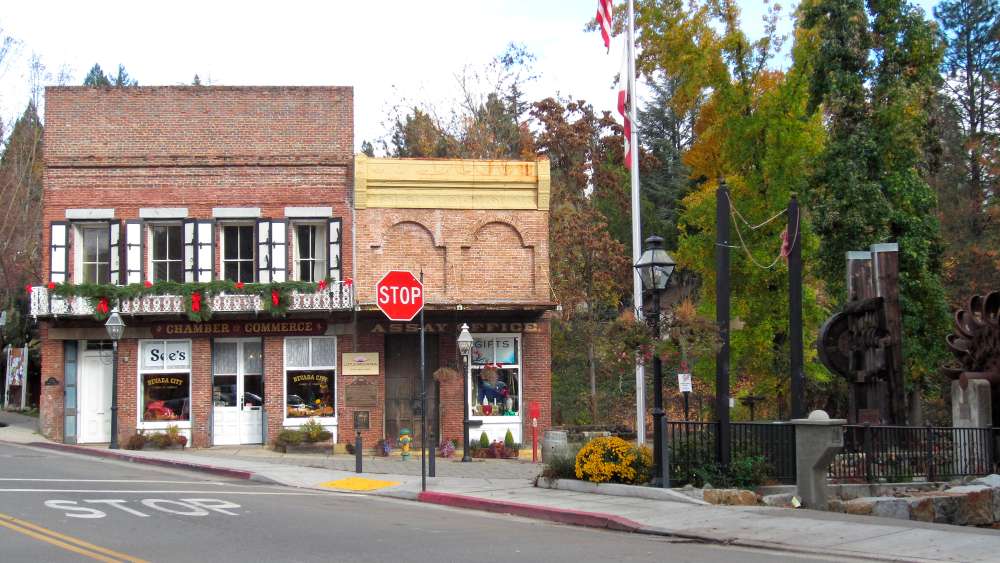 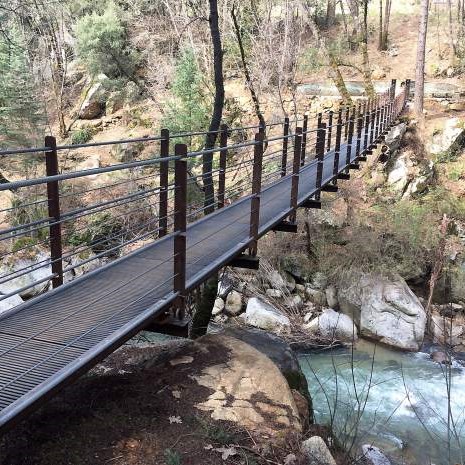 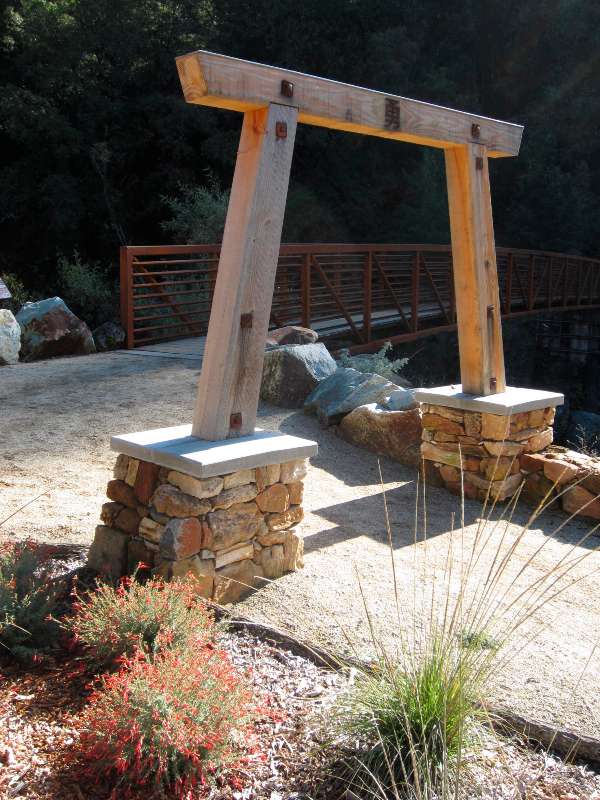 Starting Points: Robinson Plaza: To explore the trail from a base in downtown Nevada City, go to Robinson Plaza at the corner of Union Alley and Commercial Street. During business hours you can stop at the Chamber of Commerce on the plaza to ask about trail maps and historic information. (N39.26291 W121.01701)

Miners Foundry: If you would like to go west from town into the rural sections of the trail system, a good starting point is the intersection of Bridge St and Factory St on the west side of the Miners Foundry building. (N39.26205 W121.02079)

A note about trail signs:

The Deer Creek Tribute Trail System was assembled over several years and is made up of different elements such as paved roads and dirt trails. Some places, like most streets of Nevada City that are included in the system, have no trail signs. Rural parts of the system sometimes have trail signs but there is as yet no comprehensive system of signage. In some places, you may see a trail sign or billboard that is outdated but has not yet been removed. In many places you will see the trail emblem to the left.